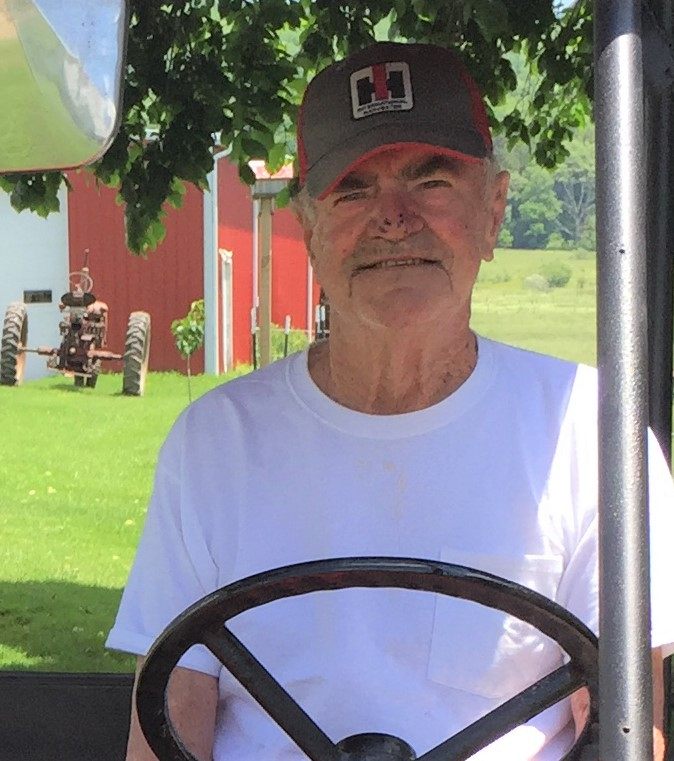 John James McConnell, known as "Jim" to friends and family, died Wednesday after a brief illness. He was 88 years old.

Jim was born in Radnor, W.Va. to Rightly L. McConnell and Norma Curnutte McConnell. He was the seventh of 10 children.

Jim met his wife, Bettye Jean Lycan, at a teen hangout in Fort Gay, W.Va. in 1950. They would marry about a year later. At the time, he was a member of a barbershop quartet called "The Available Four" and liked to jest that his wife derailed his dreams of musical stardom.

He loved his family, hard work, traditional country music and a good joke.

A resident of Cranesville since 1958, McConnell once managed a local farm supply store and later drove a school bus for nearly 25 years. He was a lifelong farmer who was most at home on a tractor, with his cattle or toiling about his barn. Later in life, he took up woodworking, even while battling an eye condition that robbed him of much of his vision, and remained committed to a steady diet of "Gunsmoke," "Bonanza" and Vienna sausages.

In lieu of flowers donations may be made to Faith United Methodist Church, c/o Richard Gibson, 7241 Cranesville Road, Terra Alta, W.Va. 26764 or your charity of choice.

Share Your Memory of
John
Upload Your Memory View All Memories
Be the first to upload a memory!
Share A Memory
Plant a Tree